A year after our graduation, my college buddies decided to have our summer get together at Anawangin, Zambales. This experience is different from what we usually do on our get-togethers, camping and beach bumming. We got a voucher from Metrodeal: Anawangin Camping plus Camara Island Sidetrip for Php888 each.

It was Friday, 10pm, when me and my friends met at Mckinley Hills after work. We departed from Mckinley at 12mn. There were 16 of us in the van. Dean, Ichan, Thesille, Alvin, Rae, Gelo, Hex, Janine, Kevin, Marvin, Gelli, Lyzh, Joboy, Dain, Rodj and Aye! I tried to get some sleep, but I couldn’t because we missed each other so much that we just shared jokes and laughed the whole trip. Ardean won’t let us sleep with his inside jokes and stories. Ichan made us think with his annoying thinking game. We even created a new name for our group, Team NaeNae. Haha!

We reached Pundaquit at 4:00am. We bought charcoal, mineral water, drinks, ice, and snacks. The 7/11 at Pundaquit is a blockbuster, almost all travelers going to Anawangin are buying their necessities at the convenience store. The tour guide in MJDC Travels also met with us there.

On 6am, we headed to San Antonio where our tour guide assisted us to our boat. The sun was rising and the waves were calm. We stopped at Camara Island first. The island was just 10 minutes away from San Antonio. The boatman said that we could stay for 30 minutes only. We took pictures and climbed the rocks. Our stay there was so short that it didn’t even reach 30 minutes. Our next stop was Anawangin.

The travel time from San Antonio to the said island is approximately 20 minutes. Anawangin is located between the mountains. The view of the mountains during the sunrise was captivating. We arrived at Anawangin at 9:00am.

We stayed at the Masanyon Beach Resort where we assembled the tents and settled our belongings. The tents were included in the promo, while some brought their own tents with them, and me and Rae rented ours. It looks really weak but it was still manageable. The zipper was broken and also the roof cloth.

The tent that we rented at the resort.

After settling, others started to sleep at their tents and some, including me, took a nap on the tables on the camping site. There are restrooms in Anawangin, but they’re kind of dirty. The water from the CR is actually filtered water from the sea. Many people are using the restrooms that’s why there’s usually a long line. The beach was also crowded, probably because we came there on a weekend.

The beach was cleaner compared to the other beaches that I went before. It’s well-maintained and has trash cans everywhere. The sand is a mixture from Mt. Pinatubo’s volcanic ashes, so it’s very soft and refined. The color is grey-ish white and may turn dark grey when wet. Some parts of Anawangin have black sand due to the black rocks that were crushed. The water was clear but there were lots of jellyfish swimming around, so be careful. I think that they don’t sting but they make your skin itchy. Too bad I forgot to bring my camera with me when I was exploring the hidden parts of the island.

Lunch was included in our voucher. We had freshly cooked tilapia and sinigang. So delicious! After eating, others took siesta and some played monopoly and card games since the sun was set. The island has no signal and electricity which gave us friends more time to bond.

On 2pm, we went back to the beach. Alvin, Rodj, Joboy, Lyzh, Kevin, Rae and I explored the left side of the island. We trekked the rocks to see the sunset.

On 6pm, our dinner was served. We had pork chop and salted egg with fresh tomatoes. It was the best. Every food that I eat in a remote island always taste so delicious.

As I said earlier, the comfort rooms were fully packed. So Rae, Joboy, Lyzh and I took a bath at the public pump. Lot’s of people are watching us (fyi we’re not naked). The experience was fun.

The test of friendship: Taking a bath together. Picture by Janine Janer

At night, we started our bonfire at the middle of all our tents. It was freaking hot in Anawangin. It’s like we’re sleeping inside a sauna when we’re inside the tent. Even if you leave the tent door open, it’s still freaking hot!

Kevin, Gelo, Rodj, Ichan, Marvin, Rae and I decided to buy chips and hang-out at the shore. We star-gazed and told ghost stories until dawn. The night sky is majestic in Anawangin. We slept at 3:00am.

I woke up at 7:00am in the morning. I heard that Lyzh, Gelli, Alvin, Janine, Kevin and the others hiked towards top of a mountain. I decided not to go since I can’t climb when I’m weak and hungry (…and lazy and afraid of heights).

No more free food this time. So we ate our leftover canned goods and bread. I also bought small cup noodles in the store and it’s worth P50.00! So expensive.

For our last adventure, Kevin and I tried exploring around using the rubber boat for rent. It’s P150.00 per hour.

Souvenir vendors at the Cove. They sell lots of stuff that worth its price, like pearls and leather wallets.

We left the cove at 12nn. We took a long rest in the van due to heavy fatigue. And at the end of the day, I hope that Team NaeNae will have more adventures like this in the future.

Notes:
– Again, it’s freaking hot in Anawangin.
– Buy your food before going to the cove because it’s expensive when you buy at the sari-sari stores in the island.
– Bring lots and lots of water.
– Wet tissues will always save you.
– Do not forget to bring your flashlights and power banks because there is no electricity in the beach.
– Be brave. Giant spiders and different insects roam on the trees.
– Never go alone at night. It’s safer to always bring a friend with you when roaming the beach at night.
– It’s better to avail promos on travel tours than in Metrodeal. The Anawangin trip is worth 1,500 on other travel tours, including the transportation, boat transfer, island hopping, food and tent. Unlike in Metrodeal, the transportation was not included on the voucher, so we hired a van worth P750/head. Our total expenses was more or less P1930/head.

3 thoughts on “Covered in Ashes: Summer Outing at Anawangin Cove” 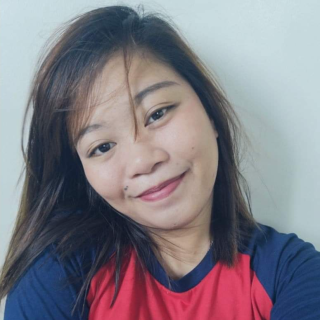 The name is Aye /a-jɛ/. A Software Engineer, Ambivert, Traveler and Animal Lover. My dream is to have my own cat castle and take over the world.